Are We "Babying" Children With Life-Threatening Food Allergies? 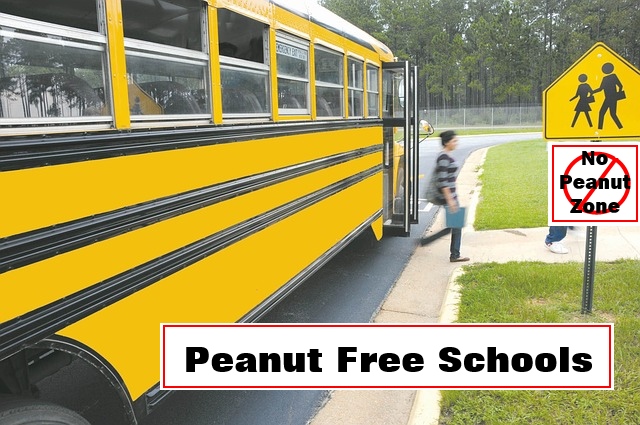 We recently met a man who had a two-year-old daughter. We got to talking about food allergies and he brought up that his daughter's preschool did not allow any peanuts or foods that might contain peanuts. He was a little upset about this. The reason he was especially upset about it was because he had sent his daughter to school with a NutriGrain bar recently. Due to the possibility that the bar might contain nuts, the preschool did not allow her to eat it and sent it back home.

Are We "Babying" Children with Life-Threatening Food Allergies?

This father could not believe his daughter wasn't allowed to eat a Nutrigrain bar, of all things. He told me he thought that we were "babying" these children with food allergies. He felt this was especially true when peanuts were banned in high schools due to students with peanut allergies. He said, that then, after high school, they were going to be exposed to life in the real world and they wouldn't be capable of dealing with it. He felt they would be let loose in a world where peanuts were everywhere, so it didn't make sense to him.

A Journalist's Take on Food Allergies

There's an interesting series of articles by journalist Joel Stein. It began when he wrote this article, Nut Allergies, A Yuppie Invention. In this article, Stein basically states that all these peanut allergies and safety concerns about them were basically mass hysteria caused by over-reactive parents. Unfortunately, those words came back to haunt him when his own child developed a food allergy. He later wrote this article, A Nut Allergy Skeptic Learns the Hard Way.

Just Listening and Trying to Understand

There are times in my life after having conversations similar to the one I had with this parent calling peanut-free schools an attempt to "baby" these children, I'd get out my soapbox and go into my whole, long speech about food allergies and what it really means to have a child who's life could be harmed by simply eating a food others take for granted.
I didn't.
Why? Sometimes you know your audience is receptive to what you're saying and sometimes you know they're not. I knew. Instead, I just tried to kind of nudge him into a more open way of looking at things. It was a just a nudge, but maybe I planted a seed to get him thinking in another direction.

Nutrigrain and They're GMO Full Bars of Wholesome Goodness

But that said, my mind was really going berserk over something else. I couldn't bear the thought that this man's two-year-old child was eating a Nutrigrain bar. Have you seen what's in a Nutrigrain bar? Crap. Well utter crap, disguised as wholegrain, wholesome goodness. They're full of corn, soy and canola GMOs.

The incredibly long list of ingredients in
NutriGrain bars with all the possible GMOs circled.
So the more I thought about it if a peanut allergy in your child's preschool prevents your sweet, healthy, vibrant child, and all the wonderfulness this amazing being is going to grow up and become, from ever eating the GMO crap, that will wreak havoc on your beautiful child's mind and body - then stop and take a moment. Be thankful today. Be oh, so very thankful!

Get Your Copy on Amazon!
eBooks

Why I No Longer Use Xanthan Gum
Glad To Have “My Daughter” Back – How Gluten Affects The Mind
Glutenized - What To Do When You're Sick From Eating Gluten?
GMO Corn and Stomach Pains
The Hard Part of Being A Celiac and Living a Gluten-Free Life
Allergic Reaction To Mosquito Bites - The Secret To Stopping The Itch